How Nebraska’s Central Community College Has Become a Sustainability Leader Central Community College (CCC), a public college in Nebraska, is preparing students for a future in which clean energy dominates while taking bold steps to make its campus greener.

The school, with three campuses and students from more than 40 countries, offers a thriving energy and technology program that is training students for the U.S.’s rapidly growing renewable energy sector. Meanwhile, the institution is integrating clean-energy infrastructure into its own operations—transitioning the campus fleet vehicles to hybrid electric, installing EV charging stations, and using wind and solar to supply 67% of the college’s electricity.

The school’s sustainability journey has been going on since at least 2012, when the school purchased hybrid electric fleet vehicles, implemented single stream recycling throughout the college, and constructed a 3.7 kW Skystream wind turbine and a 17-kW solar array on the Hastings Campus, among other initiatives. These advancements were followed by even more  upgrades, including installation of a 1.7-megawatt wind turbine at Hastings in 2016; implementation of high renewable-energy standards in a new building, the Kearney Center, in 2017; and construction of pollinator gardens on all three campuses, and many other developments. 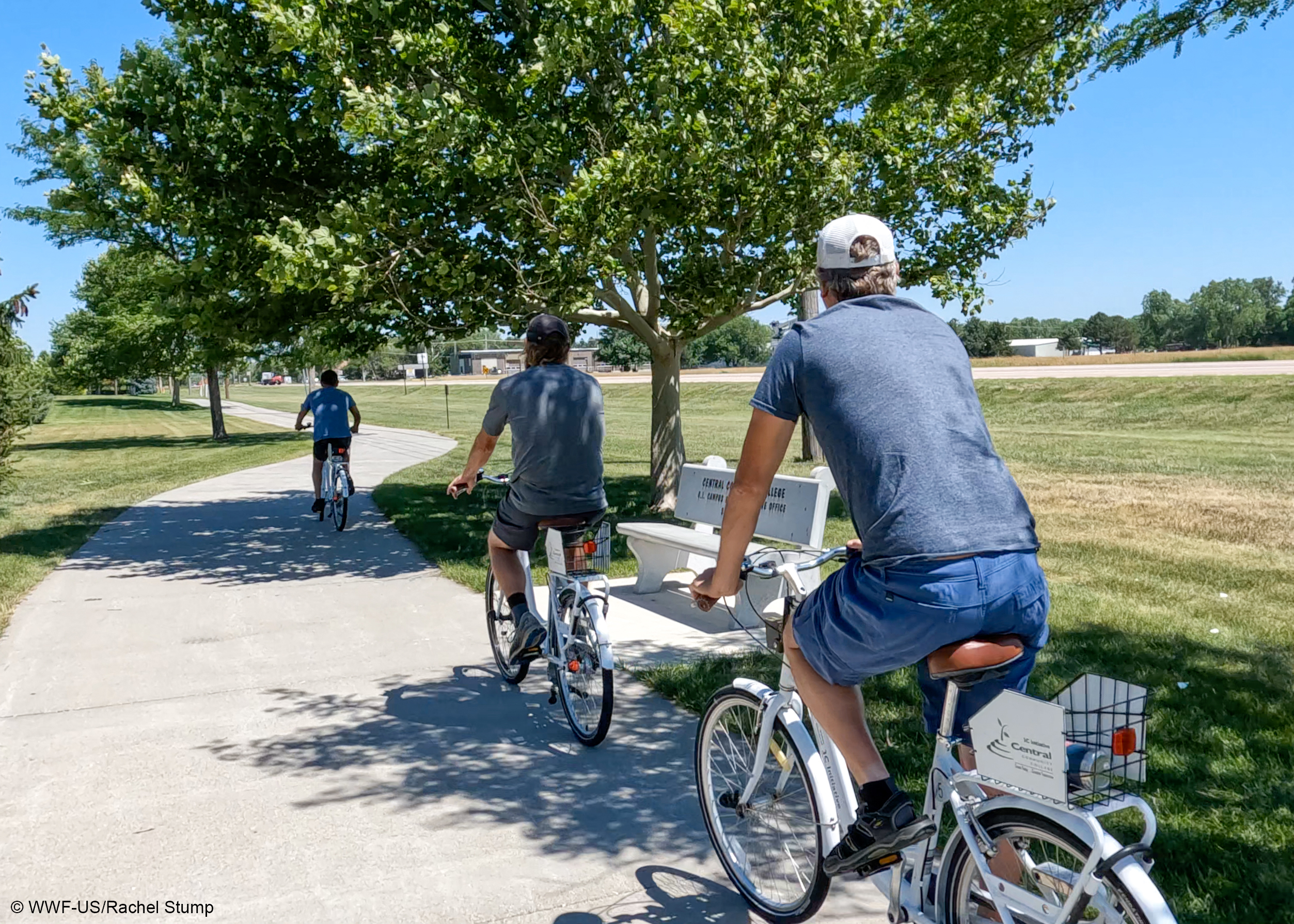 These activities and the many others the school has tackled since were guided by the school’s Environmental Sustainability Action Plan (ESAP), which lays out CCC’s commitment, goals, and actions for environmental stewardship in categories from education to water use to community partnerships.

The school continues to make progress against its longer term goals. Among CCC’s environmental and sustainability goals for 2024, according to its ESAP, are:

Meanwhile, students in the energy and technology program are getting top-notch experience in solar, wind, and battery-storage technologies. With so much renewable energy infrastructure on campus, students are able to get hands-on experience, such as climbing a wind turbine tower to learn how to make repairs.

"Instead of … just 'death by PowerPoint,' so to speak, my students are getting that full experience," Taylor Schneider, the energy technology instructor at the school's Hastings campus, told Public News Service.

Graduates of the program are positioned to build careers in the U.S.’s thriving alternative energy sector.

“Everybody that's graduated so far has all been placed in jobs, whether it be in the wind field or in the solar-energy field,”

As a leader in sustainability and green-energy, CCC didn’t hesitate to join the America Is All In coalition to help continue the U.S.’s progress toward its Paris Agreement commitments. With decades of experience engaging in these issues and energized students who are learning the ropes of the renewable-energy economy, CCC is already contributing greatly to the Paris goals.