AMERICA IS ALL IN

In all fifty states, at every level of government and across every sector of the economy, we must go all in to solve the climate crisis.

About
Our Goal
Who we are

AMERICA IS ALL IN is the most expansive coalition of leaders ever assembled in support of climate action in the United States. They come from thousands of U.S. cities, states, tribal nations, businesses, schools, and institutions of faith, health, and culture.

America Is All In champions a whole-of-society mobilization to deliver the transformational change that will meet the challenge of the climate crisis and secure a healthy, prosperous, equitable, and sustainable future for everybody.

The coalition works alongside its partners, including the federal government, to:

Led by Mike Bloomberg, the UN Secretary-General’s Special Envoy for Climate Ambition and Solutions, Washington Governor Jay Inslee, Charlotte Mayor Vi Lyles, and climate champions across the country, the coalition is working to cut U.S. emissions in half by 2030 and reach net zero emissions by 2050, while guarding against the impacts of climate disruption.

Our goal is to meet the demands of the Paris Agreement: Cutting U.S. emissions in half by 2030 (from 2005 levels), and reaching net zero emissions by 2050, all while reducing the impacts of climate disruption.

To meet these ambitious goals and rebuild U.S. credibility on the world stage, stakeholders from the full range of American institutions and economic sectors must go “all in” and commit to reducing emissions as part of a nationwide, collaborative effort.

The bold climate actions taken by non-federal actors have kept the effort to limit warming to 1.5°C from slipping beyond our grasp. We’ve got to do more – go “all in” – so we can at last deliver a clean and just future for all.

With the federal government to develop, implement, and ensure accountability for an ambitious, all-in national climate strategy

The role of subnational leaders around the world by elevating U.S. subnational action on the global stage When the Trump Administration pulled the U.S. out of the Paris Agreement in 2017, more than 4,000 leaders from America’s city halls, state houses, boardrooms, and communities declared “We Are Still In” and vowed to uphold America’s Paris climate commitments.

In the absence of federal leadership, Mike Bloomberg and then-Governor of California Jerry Brown stepped in to launch America’s Pledge, an initiative that quantified the climate actions of U.S. cities, states, and businesses to drive down emissions in line with the Paris Agreement goals. They submitted this pledge to the United Nations on behalf of the U.S.

America Is All In builds on We Are Still In and America’s Pledge to champion a whole-of-society mobilization that can deliver the transformational change that science and society demand.

We Are Still In 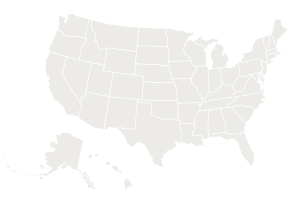 If you want to join the coalition click here

If you have press or any other inquiries: [email protected]

Sign up and stay updated on our efforts featuring climate news you need to know, ways you can stay involved in the climate conversation, and stories on how our All In members are setting and meeting their climate goals.